The Seminar will be held ONLINE (more information about the digital format  soon).

All questions about submissions should be emailed to seminarioarriendo2020@gmail.com.

The Public Space and Right to the City Laboratory (Labcidade/Brazil), with the support of Center for Conflict Studies and Social Cohesion (COES/Chile) and School of Urban Studies UC (Chile), organize an exploratory seminar on the theme: Residential Rental markets in Latin America: State, finance and informal settlements , to be held on the 23, 24 and 25 September 2020, at the Faculty of Architecture and Urbanism of the University of São Paulo, Brazil.

In Latin America, homeownership is the prevalent housing tenure arrangement defined both by the indicators mobilized by the states to describe the housing panorama in the country and by the housing policies adopted by the states in the region. Although the self-production -a historical landmark of the latin-american process of housing construction- is rarely based on registered property, but most frequently in the possession and other forms of tenure such as rent, this multiplicity, as well as the different relationships between them, were not quite explored by the literature.

Currently, however, there is an increase in research related to other forms of housing ownership that is not private property, following the increasing presence of rent and its importance in the consolidated informal settlements, as well as on the fronts of financial-real estate expansion that mark the restructuring of the metropolis at this context.

After the mortgage financial crisis of 2008 and facing the growing globalization of finance, the global cash surplus has strongly penetrated the residential rental market in different parts of the world, through global corporate landlords and the expanded use of digital technologies. This also coincided with the promotion and encouragement of private rental housing in the international sphere with impacts on the increase of rents and the increase of housing insecurity and homeless, mainly in the USA and some European countries. In Latin America the financialization of housing took place in other ways, reflected in the spreading of subsidies mobilized by demand-driven policies, the provision of public land in public-private partnerships and other tools for opening new investment fronts for financial capital destined to housing. But in Latin America, corporate landlords also land and start circulating recommendations, including through the BID and the World Bank, for the promotion by governments of housing rental policies through the mobilization of financial investment funds.

These processes are being followed in Europe and the USA by new forms of resistance in neighborhoods, cities and countries, with organizations, including, transnational against corporations operating globally in the residential rental market. These struggles have placed new elements for the notion of citizenship in the globalized world, which transcends the local territories without losing sight of the defense of their own meanings and dynamics. We are concerned here with raising and fostering possible resistance to the Latin American reality, which has not yet emerged clearly in this context.

This seminar seeks to explore recent changes in housing tenure structures in Latin America, the current conditions that characterize rental housing in the region in its various markets -of the informal markets to financial assets-, as well as existing regulations, policies, proposals and their implications. We are also interested in the local and global resistance to predatory urban processes that involve the rental housing in its various dimensions.

An extended summary of up to 1.000 words is requested to participate in the seminar (only the body of the text, disregarding title and bibliographical references). Those interested in submitting, must send the files in Word format (.docx) or similar, without authorship, to the e-mail: seminarioarriendo2020@gmail.com.

The use of images, graphics and tables is allowed.
The proposals can be submitted in Spanish or Portuguese.
The selected proposals will be presented in thematic sections, organized by the international committee. 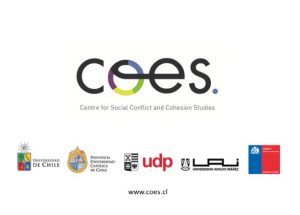 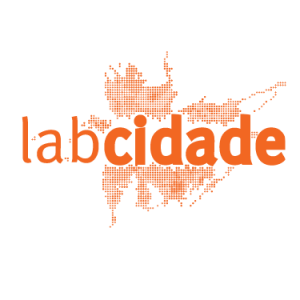